Grab a blockbuster deal of Meta Quest 2 With an amazing add-on- Beat Saber Game to play| Keep reading to Find various platforms offering Meta Quest 2 with a whopping $100 Off.

Did you ever fancied that Meta Quest 2 will be cheaper one day, then I might hit on that Buy Now button. Well, that golden moment has arrived. The Meta 2 virtual reality headset’s price has come down under a drastic discount. It’s a great catch if you’ve been meaning to add some fun gaming gadgets to your living room!

With a massive drop bringing its rate toppled down to the original Meta 2 recommended retail rate it is one of the biggest discounts of Meta Quest 2  that you can get for this famous gaming gadget. 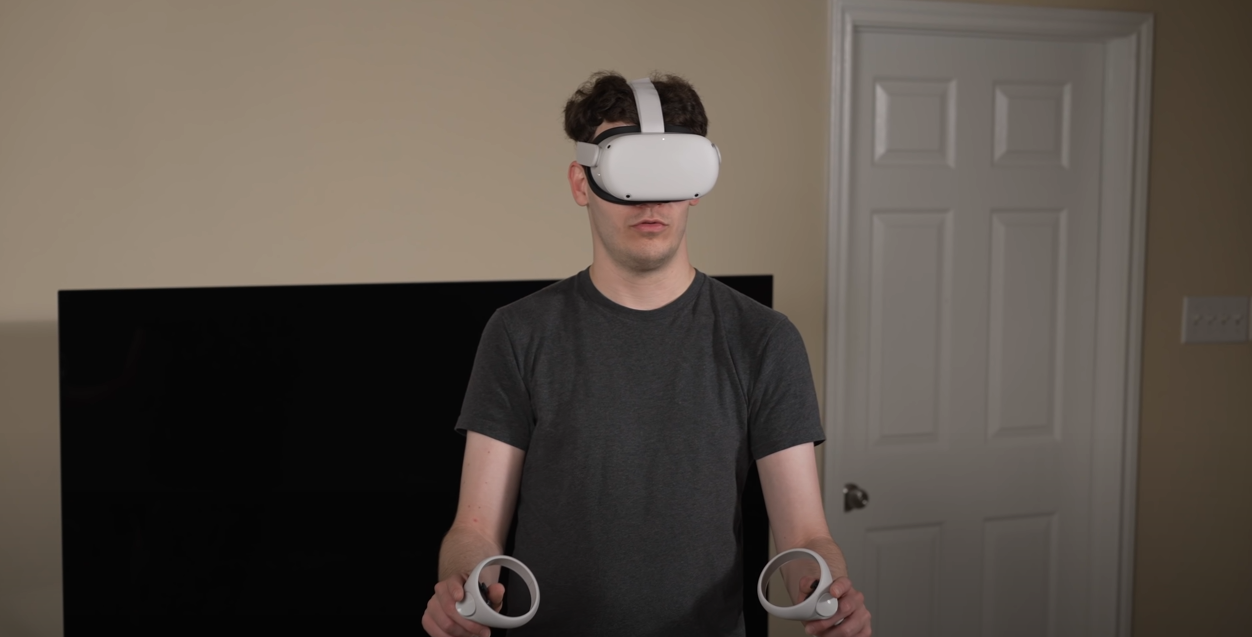 At the beginning of August, the Quest 2-128GB and 256GB models became highly expensive, with price hikes leading to $400 and $500 respectively. Therefore, it's not that easy to find such a cheaper Meta Quest 2 if you understand what I’m meaning to say!

Yet, currently, GameStop is offering 128GB Quest 2 at only $300, and the 256GB for $400 bucks. Not only this, but you are also rewarded with a  free copy of the superb Beat Saber rhythm game to play. After $100 discounts & such an extra added, this offer will run out of stock soon!

Just like Amazon who also offered the discount on the 128GB model but ran out of stock much faster than Thanos’s flick of time!

Meta Quest 2 is an amazing VR gaming gadget that is much more affordable with respect to other approachable options in the market for VR gaming. And, it doesn’t even require any extra console or a PC for connectivity. With an all-in-one design, it allows you to install games in VR altogether and begin, adventure right away.

Whereas an improvement on the original model, the Meta Quest 2 for its higher pixel count and technical Touch controllers is also a green flag to add this to your cart. Meta Quest 2 now possesses enhanced ergonomics and intuitive controls that are surely the best option for any gamer or non-gamer looking for something befitting for their VR parties.

Still, if you do own a PC that can run VR games, you can connect to the Quest 2 through a Meta Link cable and get an easy entry to a huge library of immersive titles available on Meta Quest for free.

It’s not just gaming but you can also join up entertaining metaverse activities such as concerts, films, etc. Now THAT SOUNDS EMMAZING right?  Whereas the complimentary Beat Saber game, addition is still one of the perfect starter kits for anyone to get into VR gaming. It is a workout version of Guitar Hero, where you have to smash up the musical notes with your laser swords, as you manage to keep a rhythmic cadence.

As it wasn’t enough Meta is also working on a high-end headset-tirled as Project Cambria that is supposedly going to launch in the near future. Obviously, its price will be higher than the Quest 2, in case you are waiting for something more iconic.

And with Iconic…don’t you forget to slide into our epic DMs to share about your Jagran Play experience. Tell us what more gaming updates you’d like to watch or read? We’d be eager to smash that too with our engaging blogs!